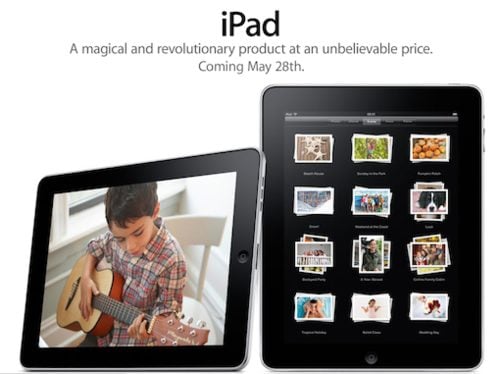 As Apple say on their site ‘an unbelievable price’. ‘Unbelievably frigging steep’ was my first thought on seeing what the much hyped iPads will be sold for in the UK from 28th May (pre-orders are now open)…

Let’s look at the UK prices alongside US ones (thanks to Trusted Reviews for this info):

I personally think an iPad is far less valuable without 3G so will be plumping for the cheapest 3G model. The bummer is you can’t just import a 3G iPad from the US (e.g. using a service like BundleBox who allow you to buy stuff from America) like you can with a WiFi-only iPad because not only will you need the support of a local mobile phone carrier to provide data on the move but the iPad doesn’t take any old sim card. It takes microsim cards. Though there is one possible solution if you’re not willing to cough up £700 for being European. Fortunately one plucky chap has worked out that with a knife and a steady hand you can make your own microsim card for the iPad from any regular sim card, though I think I’ll stick to buying the 16GB WiFi+3G iPad when it launches.

Anyway, Steve Jobs has provided some explanation of the higher prices of the iPad in Europe. He says it is because of built-in taxes on products here as opposed to the sales taxes in the US which are added on top of the advertised price. He says:

Please educate yourself. UK prices must by law include VAT, which is around 18%. US prices do not include tax.

(thanks to MacRumours for the info)

That does even it up a bit. Though I still can’t help but feel that Apple have missed a trick here and should have taken a bit more of a hit on the price if they’re serious about the iPad becoming a ‘netbook killer’. For now the iPad will certainly remain a rich person’s toy. 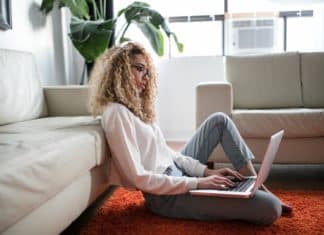