A growing body of world-class research points to meat as a cause of the big killers. But how are the meat industry, and meat eaters responding?

Well, slowly. In the 1920s, as the first medical reports emerged linking lung cancer to smoking, newspapers refused to write about them, in fear of losing a huge chunk of revenue from tobacco advertisers. In the 1950s and 1960s a series of major medical reports confirmed tobacco as the cause of multiple diseases and cancers, but by this point Big Tobacco was a seemingly unstoppable industry.

Sound familiar? Well that’s very likely where we are right now with meat. It is well proven to be harmful (and nutritionally unnecessary), yet it is a still a central part of people’s lives with meat consumption celebrated and enjoyed with little thought for the consequences.

As a vegetarian myself, the smoking analogy also fits from a personal point-of-view. As someone who has smoked, if only socially, I completely understand the pleasure of a cigarette, especially with beer in hand on a summer’s evening. But now when I walk past smokers hunched outside offices and restaurants it looks so strange to see otherwise functional people slowly self-destructing. Stood out in the cold, deeply inhaling fumes that we have been told again and again will ruin your one and only body, and shorten your precious life.

Likewise, I stopped eating meat whilst backpacking in Thailand. A misjudged burger in the hotel restaurant followed by a trip to Bangkok General Hospital prompted a cautious approach to eating out, if only for the rest of my trip. But surprisingly quickly, within weeks, I would look over at people eating meat and start to see animal carcass, boiled flesh, bits of recently alive beings being drizzled with sauces and tugged at with teeth.

I guess I just never got round to eating meat again. In those early days I would answer the “why are you vegetarian?” question with “I just don’t fancy it these days”. The ethical, environmental and health dimensions have taken years to develop for me, but having now lived half my life without meat it seems like madness to consume animals. Suicidal on a personal as well as an environmental, global scale. Much like the smokers on their breaks.

The EAT-Lancet Report and Veganism

Last month a global group of 37 eminent scientists who specialise in food, farming and environment announced a diet that could save 11 million deaths, and crucially allow us to feed the 10 billion people who will live on this increasingly crowded planet by 2050. The diet is heavily plant-based. Not quite vegan but asking us to adopt more foods we associate with that diet e.g. plant-based proteins such as beans instead of animal ones like milk and meat.

The diet has room for 31g of sugar and about 50g worth of oils like olive oil. And bear in mind that the meat allowances are maximums rather than recommendations.

This report comes at a time when veganism is booming, with Veganuary – a British charity that challenges us to go vegan for the month – enjoying its biggest year ever. This January 250,000 people made a vegan pledge, as many as the previous four years combined.

Far from being a dietary fad like Atkins and Paleo, veganism has much deeper political and ethical roots in the environmental and animal welfare movements, as well as the growing sense among us that the scientists might just be right – humans work best on a plant-based diet.

A glimpse into the weight of this scientific backing from the world’s most credible sources can be gained from best-seller How Not To Die. In the book, Dr Michael Greger goes through the key killer cancers and diseases, demonstrating how going plant-based is proven by large, credible studies to prevent and reverse them. Some read the book as a reminder of what they should eat. To me the book is a damning indictment of the meat and pharmaceutical industries who profit hugely from making and keeping us unwell.

With yet more campaigns making an impact (see this week’s Million Dollar Vegan campaign, offering Pope Francis $1m to go plant-based for Lent), it feels like we’re right on the tipping point. As meat consumption goes down and farmers are further squeezed, it will be interesting to see what the next few years hold.

Further watching – check out Simon Amstell’s comedy film for the BBC, Carnage. The hour-long piece imagines a 2067 where everyone is vegan, but the shadow of the past looms. It’s dark and hilarious but could well be an accurate prediction of how this will all pan out. 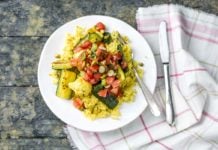 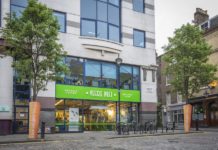 Thank You Pret A Manger 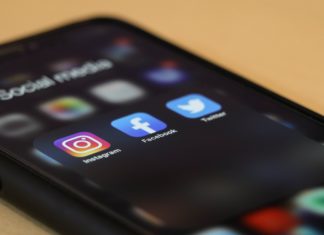