2010 has been another great year for new music, with fresh and original acts taking centre stage whilst many of our established heroes take a year out releasing albums forgettable or not at all. My fave tracks of the year are:

Click any track to play the whole playlist from that point on:

This year has seen me fall for several female-fronted pop acts, in particular the entirely-Johnson-free four-piece Warpaint – a Cali-based group of young lasses who have mined (some would say ripped off) all the bittersweet goodness of Suzanne Vega, Fleetwood Mac and other masters of plaintive 80s melancholic pop as well as early 90s slowcore, added their own dub-electro beats and laid-back harmonies and made my favourite record of the year ‘The Fool’. If I could be in any band right now, it would be this one (might only be possible via a sex change!?!).

Looking down this list, it’s pretty light on testosterone. Though Alice Glass may have some running through her veins. I saw Crystal Castles for the first time this year, at London’s Roundhouse and even though it was a ‘concert’ rather than a ‘gig’ – which usually leaves me cold – Alice certainly doesn’t tame her inner beast for the more polished venues. It was like watching a wild, dangerous animal have a nervous breakdown. Their set contained tracks from both albums and I’ve included my fave track from this year’s Crystal Castles (II) – ‘Celestica’ which didn’t disappoint fans of the chip-tune electro-noisemeisters.

Best Coast – I Want To

I’m really not a fan of blues-rock or anything vaguely smelling of retro (if I want that I have the real past, thanks) but in 2010 I couldn’t help be charmed by a few acts who draw heavily on days gone by, particularly Best Coast who are Beth and Bobb (and Snacks the Cat). Lots of spring reverb and nods to Phil Spector but a real written-in-the-bedroom simplicity and homey vibe make this debut album hard not to like. My fave is the album track ‘I Want To’ with its plaintive laments for the past and canny heart-string tugging.

Beach House and Grizzly Bear have also produced two of my favourite albums of late. Whilst I lump them in with other ‘retro’ acts, they undoubtedly bring something very fresh to the table and deliver two musically complex and interesting albums. As with all the tracks on this playlist I urge you to listen to the album!

Belle & Sebastian – I Want The World To Stop

It’s always nice to rediscover an old band via new material and this year I rediscovered Belle & Sebastian through their latest, and admittedly deeply retro, album. It’s great to hear a band that have been going for a million years still making music they obviously love and sounding as full of soul as ever. Best track is ‘I Want The World To Stop’, a catchy little number you’ll definitely be humming to yourself later.

In everyone’s lists, and at the top of the NME’s, this year are These New Puritans. All the praise is deserved, as they’ll no doubt transpire to be highly influential, if not successful in their own right. Originality and quality are a potent mix and they have lots of both, more than new act Salem who are admirably experimental and whose debut album I love in parts, but their unpolished and defiantly erroneous production, maverick genre-hopping and lack of enough coherent hooks mean I’ll be surprised if the buzz lasts, which is a shame because their gigs look amazing.

One of the few established bands in the list, Foals, are not only a lovely bunch of dudes but the quintessential British indie band – charity shop jumpers, tight indie-disco beats, just enough hooks, inventive but palatable album tracks and a dry wit. Overall another good album from the Oxford boys.

Wild card entry. I don’t know much about FG but love their take on the whole afro-beat vibe that has touched many an indie band recently.

Not being a big fan of the folk movement sweeping through the British charts in the last couple of years (Mumford & Sons, Noah & The Whale etc) this took me by surprise as a track with real tension and grit, and nicely written. Does it remind you of Velvet Underground?

Who is Com Truise? I’m not sure but absolutely love these dreamy beats which evoke the languid, luscious synths of the early 80s.

Wild Beasts – We Still Got The Taste Dancing On Our Tongues

Northerners singing falsetto! No wonder they had to move down south. Their sound is truly original with the two contrasting lead singers’ voices , heavy use of tom-tom drums and honest lyrics.

Props to @globalseb for telling me how ‘annoyingly good’ these guys are. They really are, and Rad Pitt alone should see them piercing the wider consciousness of music lovers in 2011. They have an EP out – ‘Some Reptiles Grew Wings’ which is definitely worth checking out on Spotify/iTunes.

The Swedish duo’s 2009 ‘jj n° 2’ is still a regular play in my house. This year’s album ‘jj n° 3’ exposed the latter side of their hit-and-miss nature but did spawn a few good tracks like ‘You Know’, which also has a cute video.

A video/artwork-led mention in many ways. M.I.A. makes great use of the widely rejected aesthetics of the web like nasty MySpace glitter graphics, animated GIFs and what happens to a site when you put it through the Geocities-izer (try it, it’s fun). In the video for ‘Xxxo’ she turns this junk into a ‘beautiful’ pop video. I love how M.I.A. doesn’t always get it right but she’s willing to take risks, how all pop music should be.

Obligatory mainstream mention! I feel the need to justify this one so here goes:
There will always be huge, mainstream acts that we sneer at sitting at the top of the charts. People like Bieber, Chipmunk, U2, Kings of Leon, Black Eyed Peas etc. I’m happy that amongst those people we at least have Lady Gaga whose talent is obvious and who is crazy enough to remain unpredictable, interesting and rebellious. When the video for ‘Telephone’ was first released on YouTube I was aghast at all the product placement, but as the song and video itself grew on me I mellowed. “What the hell? Girl’s gotta make money” I thought. She’s a really good musician and has worked her apocryphal balls off, and if we’re gonna have hit-machine divas at the top of the charts they may as well be extremely talented ones like LG and Beyonce.

Because there’s no such thing as too much Warpaint.
Have a great New Year 🙂 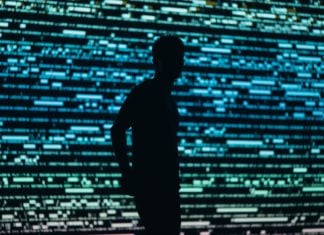